LiDAR is a remote sensing method that uses light to measure ranges, generally the range between a given object and the light emitter or LiDAR radar. LiDAR as such can be seen as a form of laser detection that is used primarily for the sake of identifying distance towards an object or environment and is as such one of the premier technologies when it comes to identifying distances in a fast and efficient manner.

What does LiDAR stand for?

The word LiDAR is an acronym that stands for “light detection and ranging” which is a direct reference to its workings. The light in this case a laser is detected by the emitter and based on various calculations the system can accurately define the range between itself and another object in the environment; hence “detection and ranging”.

In some circles, LiDAR is also known as LADAR, which stands for “laser imaging, detection and ranging”. This alternative acronym adds extra precision by using the word laser, pointing out the specific functioning of the technology, though ultimately it refers to the same systems, and LiDAR remains the most popular of the two acronyms since it nonetheless offers a thorough definition of the main purpose of the technology.

What does LiDAR do?

LiDAR at its core is a laser detection technology that allows for an accurate reading of distances between the laser emitter and its surrounding objects. By measuring the distance based on each beam of light and its interaction with the environment a LiDAR radar can detect when its beams have interacted with a physical object and provide a cloud point value to each specific instance.

These LiDAR points represent the X, Y, and Z values of a given object or part of an object and when used in large quantities allow for digital recreations of physical structures and environment, which is the main basis of LiDAR mapping technology. Different LiDAR systems focus on different ranges and different amounts of objects, but at their core, all LiDAR systems work under this simple logic.

LiDAR technology is in a few words the practical application of the LiDAR surveying system we just described above. LiDAR technology can be used to examine the surface of the earth and its observable variations, create digital replicas of a given object or a complete environment, or even detail geospatial information to support further projects in a given area.

Whether it’s used for LiDAR topography or geospatial LiDAR, LiDAR technologies all run on the same basic principle and the difference ultimately lies in the number of beams emitted or the overall size of the system. Handheld, airborne, and fixed LiDAR arrays are just some of the main presentations of the technology, and this means that ultimately there is a LiDAR system for every kind of individual and every kind of task. 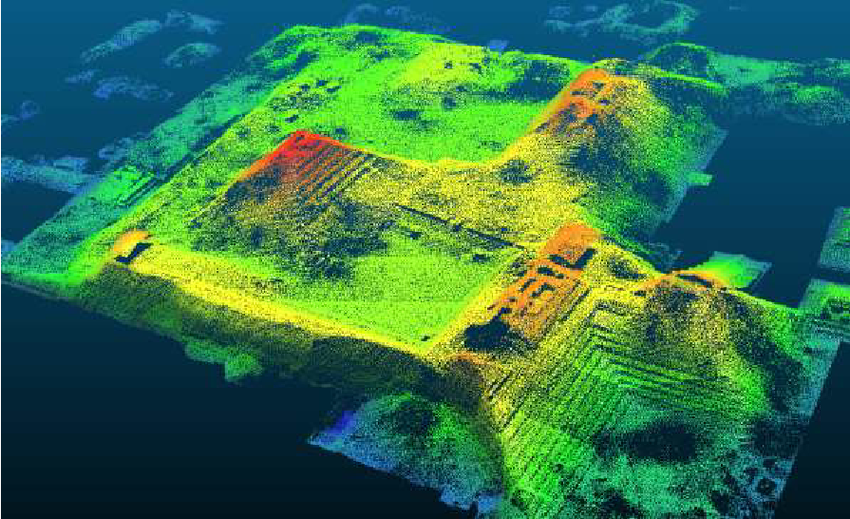 The main principle of LiDAR is known as “Time of Flight” and as its name implies it refers to the time an object, particle, or wave takes to travel a distance through a given medium. In the case of LiDAR, the time of flight it’s calculating is the time the light takes to bounce into an object and back into the emitter. Since the system is programmed with measurements of the average speed of its beams an onboard computer can calculate how long it took for a given beam to return to the system and based on that determine how far the object it bounced from is.

While a simple principle it is a highly accurate one, and this allows LiDAR systems to give specific spatial values to multiple points in space without the need for cameras or additional technologies.

The main two categories of LiDAR systems are Airborne LiDAR and Terrestrial LiDAR, a differentiation that as we’ll see is mostly tied to their functionality and field of action.

Airborne LiDAR is installed on flying platforms like a helicopter or drone to collect data from a higher angle. The moment an Airborne LiDAR system is activated it begins to emit light to constantly define distance, usually for the sake of its platform. Airborne LiDAR can be further divided into Topological and Bathymetric LiDAR. 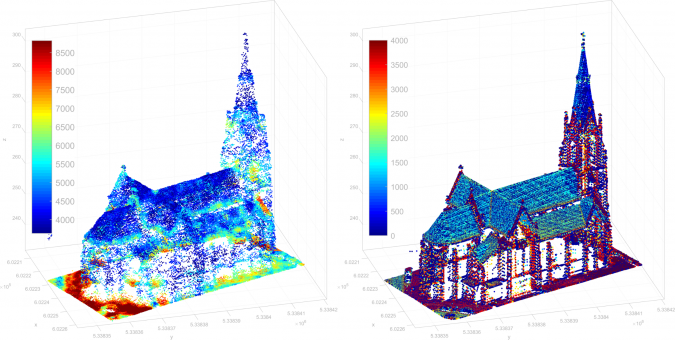 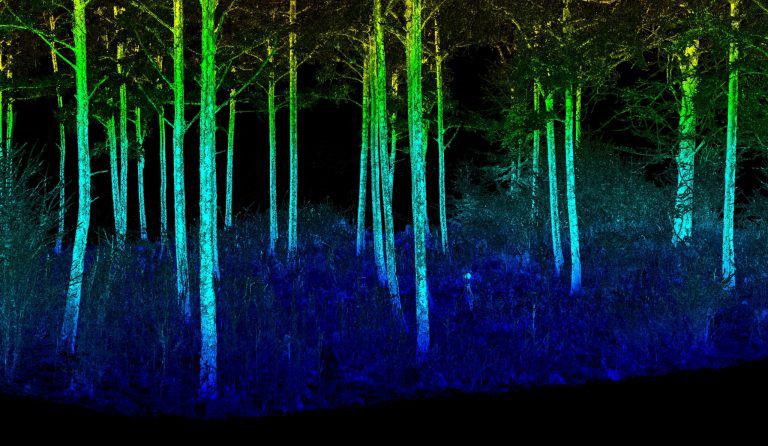 What is LiDAR sensor?

A LiDAR sensor refers to any device that cannot only emit beams of light on fixed intervals but is also capable of calculating the time of flight of each beam and transmitting this information to a storage unit. LiDAR sensors are the core of LiDAR technologies and are responsible for almost all of the mechanical work these systems realize. As such the choice of sensor is one of the most important factors when designing a LiDAR array.

While most LiDAR sensors are specialized hardware designed specifically for mapping and exploring tasks, other more commercial devices can work as LiDAR sensors as well. iPhones for example now count with specialized camera setups that have LIDAR functionality for the sake of face scanning and other limited LiDAR functions.

How far can LiDAR detect?

The range of a LiDAR system is directly tied to the choice of parts used for its manufacturing, specifically the purpose the LiDAR sensor is expected to fulfill. Not all LiDAR systems are expected to work on vast open areas, and as such it’s common to see low-range sensors employed for tasks like indoor mapping or object avoidance. These sensors are most often found in autonomous vehicles and their range can be as limited as a few meters ahead of them.

There are however LiDAR sensors that can easily reach distances of 200 meters on their own and as such can be used for more expansive fieldwork or to provide a larger field of detection to self-driving cars and other assisted-driving vehicles. Ultimately the range of each LiDAR array will come down to its intended purpose. 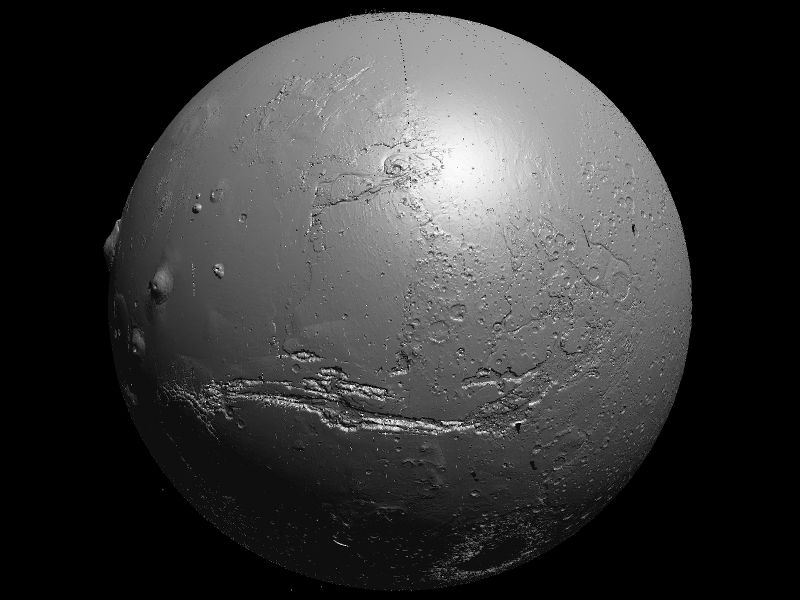 LiDAR has countless practical uses in our daily lives, and you have likely interacted or benefitted from it without noticing it. LiDAR mapping is one of the most common applications of the technology, as it allows specialists to create 3D recreations of real spaces with relative ease, but there are far more applications than just renders of physical spaces.

LiDAR is essential to determine distances and as such it’s used by most self-driving cars to support their cruise functions. LiDAR might have played a role in the creation of your floorplans since it’s used to determine accurate distances in architecture. Phones nowadays use LiDAR to scan faces in security functions and many states used LiDAR to calculate the speed of drivers on the highway. 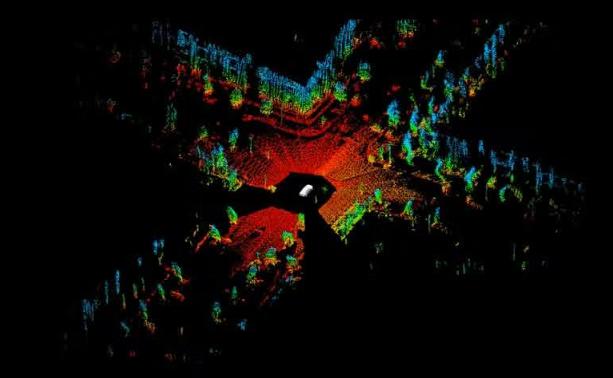 The most common LiDAR file formats in the market are .las and .laz files. When it comes to LiDAR files it’s important to note that regardless of the collection method, whether it relied on a full waveform or not LiDAR data tends to be distributed as discrete points. Meaning that most of the practical differences between these formats come down to compression.

.las format is the standard format used for LiDAR files and it is directly supported by the American Society of Photogrammetry and Remote Sensing. .laz on the other hand was developed by LasTools and it is a highly compressed alternative to the former format, which makes it easier to redistribute and manipulate.

While LiDAR is not a new technology having been devised in 1961 there’s no denying that the practical applications of LiDAR can still be expanded upon.

One of the most promising applications of LiDAR technologies comes in the field of self-driving cars. Currently, there are no vehicles in the market that can be considered fully autonomous, however, one of the common traits they all share regardless of their level of automation is their reliance on LiDAR sensors. LiDAR is very likely going to be at the vanguard of every upcoming development in self-driving vehicles.

Tied to this development LiDAR has played a key role in the development of robotics and will likely keep on playing a vital role in the development of smart machines. The analyzing and compiling of LiDAR data has been successfully integrated into machine learning protocols to improve the reaction time of robots even beyond the field of automobiles, and these advances will help build a future where more autonomous and thinking machines can work alongside us. 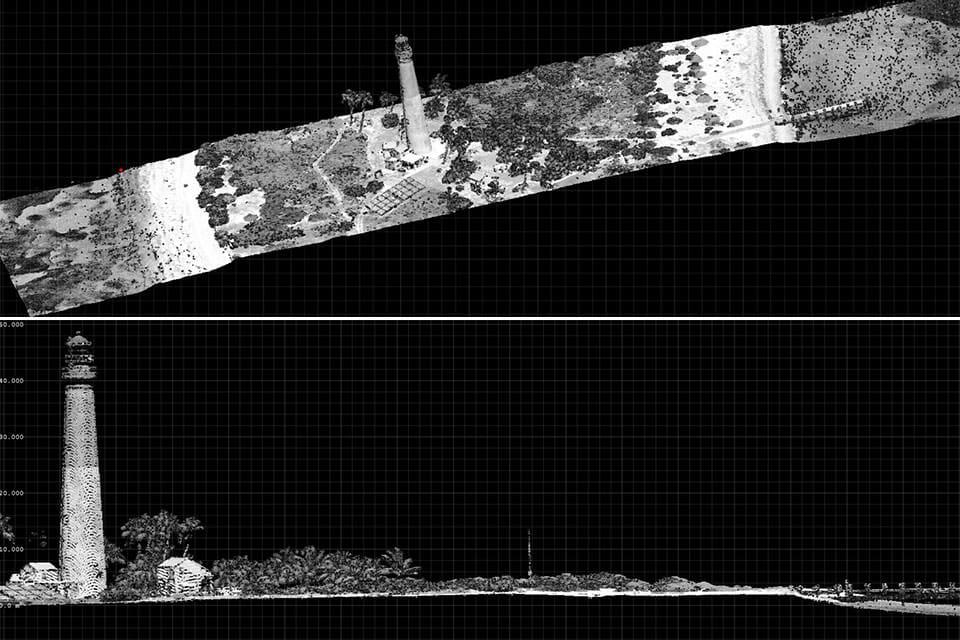 Despite its apparent simplicity and age there’s no denying that LiDAR is still constantly developing and finding new ways to support our constantly changing world. LiDAR is perhaps the most practical and efficient way to determine the concept of distance and depth in technological systems and since it relies on relatively simple principles this means it can be easily installed on a wide variety of devices.

LiDAR allows us to finally solve the challenge of depth perception in mechanical systems, and that is a feat that will continue to change the way we see the world.

We incepted Dioram with a dream to create a sophisticated enough visual-inertial simultaneous localization and mapping tech which would be good enough to get rid of lidars. “Lidar is a fool’s errand,” Elon Musk said once. “Anyone relying on lidar is doomed. Doomed! [They are] expensive sensors that are unnecessary.”

At the moment Dioram SLAM One does not need lidars as sensors. We are good with just mono VGA camera sensor + IMU or several cameras in stereo or multiple unit configuration. Nevertheless there are scenarios when one could benefit greatly by adding cheap and simple LIDAR to the localization pipeline. By using low-level sensor fusion tech Dioram SLAM One easily multiplexes data from different sensors — multiple-camera setup, inertial measurement units, wheel odometry, GLNSS, radars or lidars. By using this hybrid sensor approach the accuracy and robustness of a system could be improved much, while keeping costs and size at a bay.