Home » Blog » What are point clouds?

What are point clouds?

With the advent of self-driving vehicles and further advances in software, the mapping industry continues to grow in countless ways, but point clouds remain one of the most popular technologies in the field. And for good reason as cloud modeling is one of the most reliable and promising mapping techniques currently available.

But first, let’s start with the basics and cover what exactly is a point cloud. A point cloud doesn’t refer to a single physical element or set of data, instead, a cloud point is a large group of individual points plotted in a 3D Space. Traditionally a cloud point is captured through the use of a laser scan on a physical object. The scanner uses a laser beam to cover a specific area or object and then creates a 3D point for every surface it came in contact with. Each one of these points has its X, Y, and Z coordinates; but together they form a 3D model of the object or area that was scanned.

This is what we call a point cloud – a formation of multiple 3D points that allow scanners and cameras to create representations of 3D spaces through the use of individual points in an axis. Point clouds are a fast and reliable way to map real-life objects and based on the density of the points, it is possible to both create simple 3D detection systems or detailed models of the objects around the system.

How do you create a point cloud?

Creating a point cloud starts with the right hardware, and generally speaking, there are two main alternatives in the market. The first and most accurate of these two devices are LiDAR (Light Detection And Ranging) technology; in simpler terms a laser scan. The other option is to use photogrammetry, which refers to the use of multiple photographs to obtain data from physical objects. Photogrammetry however is less accurate and considerably more complex for the user, so we’ll be largely focusing on LiDAR point clouds for now.

Let’s say you are currently making a point cloud for a single 3D object. To do this you’ll need to scan the object with a 3D laser scanner. However, in practice, you will soon realize that you’ll need multiple scans to create an accurate point cloud. Laser scanning is an impressive application, but it’s unlikely that a single scan will obtain all important information since all the information is coming from the same angle. So, you’ll need to move the object or scanner a few times to make sure the line of sight of the device gets properly covers all the angles of your object of interest.

After a thorough scanning session, you will have the raw data needed to form a proper point cloud, but it still needs to go through the proper software to allow for point cloud visualization. Software like GeoSLAM Connect can take that information and render the points in real time for you.

Reference: The ZEB Horizon from GEOslam

Currently, there are two main categories of scanners used for the creation of point clouds, and while the general methodology remains the same, they do offer key differences in the creation process.

On one hand, we have MMS (Mobile Mapping Systems) which refers to laser scanners that are movable and as such can perform more captures in a shorter timeframe. On the other hand, we have TLS (Terrestrial Laser Scanners) which are larger and usually fixed in place but can capture information with improved accuracy. In both cases, the point cloud is created based on multiple scans, but the size and bulk of TLS systems add another layer of planning to the process.

How long does it take?

There isn’t a single answer to how long it takes to create a point cloud, as the length of each project will have to consider the processing time and the deployment of the scanners. and also, the density of the point cloud itself. However, it is possible to offer some general guidelines on how long each one of these steps might take. 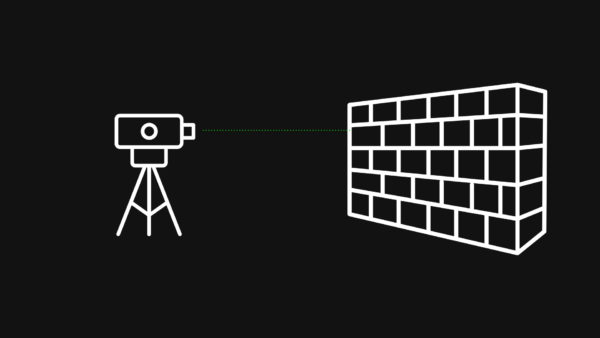 The first aspect to consider is the hardware you’ll be using. As we saw above fixed scanners offer much more accurate information, but they are considerably bulkier and as such relocating them takes considerable time. Meanwhile, mobile ones might offer less information but are considerably easier to handle and move. Scanning an office building for example might take only one day with mobile scanners, but the process could very well take triple the time if you rely on a fixed scanner and need to move it to each room and hallway.

Processing the information is of course the next main concern. Some projects are small and simple enough for your software framework to create a cloud point on its own, and certain devices are designed to create a point cloud in real-time, but this won’t always be the case.

Going back to the office example registering the information and manual adjustments could very well result in 3 days of work. Of course, this is a large project, to begin with, and simpler tasks like scanning a single item can be done in less than an hour. Ultimately the length of processing will come down to the complexity and the power your computer possesses. Breakthroughs on cloud computing service models can and will accelerate processing times, but as of right now a large-scale point cloud project can still take days if not a week of continued effort.

How to colorize point clouds?

By now we have a clear idea of how point clouds are generated, and while they are impressive mapping tools, they do have one immediate limitation when it comes to being an accurate representation of the real object: Color.

Traditionally point clouds offer a 3D representation of an object without any sort of color information. And while this might be enough for simpler objects like a mug or a statue. When it comes to complex structures with multiple parts the lack of color can become confusing. Thankfully there are multiple ways to colorize point clouds, which we will be covering now

The most accurate way to colorize point clouds is to use color-enabled scanners. Certain advanced LiDAR scanners come equipped with laser diodes in the RGB color range. these scanners can capture the color of an object based on how the surface reacts to the RGB diodes. As such these scanners not only can capture the location of a point in a 3D space but also it’s color. This process adds more layers of complexity to the processing but ensures that each point has a color value.

Last but not least you can colorize the point cloud by cross-referencing it with existing HD photography. In other words, a new color value will be added to each 3D point on the cloud, allowing for the final point cloud to offer a colored simulation of the real object. This process can be done manually or through the use of automatic software. However even automated software will require some degree of manual input and cross-checking to ensure the colorization is accurate.

Point cloud technology is one of the most important tools in the world of design and architecture due to its relative simplicity compared to other mapping methods. By using scanners architects and designers can get accurate digital representations of any object or space without having to directly interact with it. Point cloud mapping is unintrusive which is perfect for delicate objects, but it’s also able to be used even in crowded areas. This means that crowded areas can be easily scanned without having to close them down, which is a great incentive.

Completed point cloud models can then be used for structural analysis, quality inspection, and even mass manufacturing. Point clouds can be turned into CAD models, and as such, they provide a way to copy structures for production without having to directly interact with them. 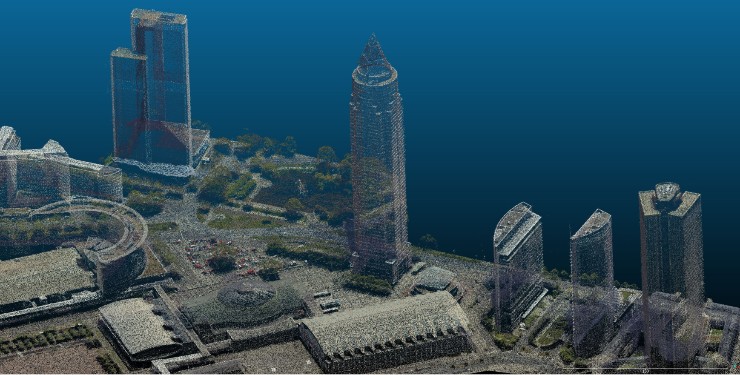 The most promising applications of point cloud technology come from autonomous machines. Robots, self-driving vehicles, and drones have all constantly struggled with the concept of “sight”. Cameras might offer HD information, but they lack proper depth, and a single laser is too limiting when it comes to truly understanding the world around them.

Point clouds are in short, a digital representation of real 3D spaces and objects achieved through the combination of countless individual points in the X, Y, Z-axis. Since point clouds can be generated from a relatively simple laser scan the technology is a straightforward way to map any surface in 3D, and the development of LiDAR and photogrammetry systems means point cloud mapping is only becoming more approachable with each passing day.

Point cloud technology currently sees most of its use in the architecture, engineering, and robotic vision fields. But as technology advances and both scans and processing become easier to handle, the future of point clouds seems brighter than ever.

Dioram SLAM One algorithms are able to work both with lidar point clouds and generate them independently from visual data using key points determined by the neural network detector and the corresponding depth map obtained by triangulation.

To solve the problem of positioning and localization, it is sufficient to use the so-called sparse point clouds. They are less like a detailed map of space or a 3D scan, but much more compact and faster to process. This is the basic approach in Dioram SLAM One.

At the same time, there is an option to obtain dense point clouds, which are significantly slower for processing, but allow you to create an accurate 3D model of the world and are used in 3D reconstruction.